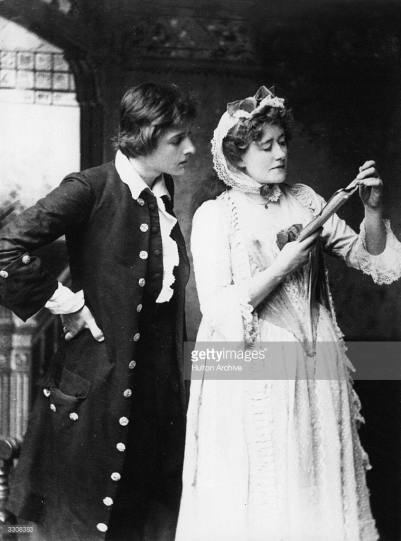 This is Dame Ellen Terry with her son Gordon Craig, who was to leave acting to become a noted lighting and stage designer – quite the innovator in both fields.

The lovely photograph was taken in 1891, when Dame Ellen and nineteen-year-old Craig (who grew up as a backstage brat) played together in Charles Reade’s  Nance Oldfield, a play about an early XVIIIth century actress.

So now I have another play to find… Treasure hunt, all over again.