Many years ago, in the palace of the Ajuntament in Barcelona, I came across a set of fresco mural painting, showing how Catalan knight in shining armour Roger de la Flor, after generously saving the Byzantine Empire from some Turkish horde or other, was betrayed and murdered for his pains by the same Emperor he had saved… Bad Byzantines! Bad!

All very interesting – and yet… The more I thought about it, the more I seemed to recall the names and the place, but a different story. And indeed, in time I remembered: according to British historians, Roger de la Flor was a former Knight Templar and the leader of the Companyia Catalana, perhaps the strongest and costliest mercenary army of late Thirteenth Century Europe. Not only did Roger’s “help” to the Byzantines came at a steep price (including the hand of an Imperial princess), but once the Turks were defeated, the Catalans objected to a dilation in the payment of their fee by engaging in pillage, destruction and general violence against the Byzantines themselves. So that, when in the end the Byzantines did recur to betrayal and murder to get rid of Roger and his pack of wolves, it is a little hard to blame them.

This makes for two wildly different takes on the same tale: according to authors like Runciman and Norwich, Roger was a nasty piece of work, while Catalan historians tend to paint him as a sort of saint. Barcelona boasts a Calle Roger de la Flor, a monument, a hotel and at least one cultural institute bearing the man’s name. And the scantiest search on Google revealed a very enthusiastic website devoted to Roger, and a massive trilogy of historical novels celebrating him as a hero. 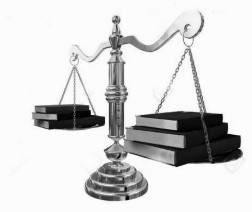 And yet, what if I wanted to write a novel depicting Byzantine emperors Andronicus and Michael as heroes busy protecting their land and subjects from the violent and treacherous Catalans? Oh, I could – and in fact, I’m not certain it hasn’t been done before. Certainly, I could find historical sources galore to support my idea.

My point? Well, let us begin by saying that historical novelists can do pretty much what they like without unduly stretching their conscience – even if they have one of the I-Will-Adhere-To-Sources variety. In theory, and in a perfect world, the historical novelist’s job should be to recreate what we don’t know on the grounds of, and within the bounds of what we know. In practice, the world not being perfect, the line between what we know and what we don’t can be pretty blurry – and even what we know isn’t always all that certain.

But this is because – and this is really my point – history has a certain elusive quality. Direct witnesses tell it as they see it, in a way that is biased by their relative place within the events they describe. Later historians read it from across chronological, cultural and ideological distances that necessarily colour their interpretation. Ad to this that sources can be lost, or suppressed, or ignored, and that the weight of different discriminating factors changes over the centuries. It is inevitable: in the words of Hannibal Barca’s biographer Gianni Granzotto, “there are things we will never know. Things we don’t know anymore.” Or, I am tempted to add, things we don’t know yet.

To me, this is one of the most fascinating aspects of history: to the historian it is a matter of gaps to be filled by thorough research; to the novelist it is an iridescence (or an opacity, depending on your view) to recreate through extrapolation and imagination, a story to tell.

In the end, the vitality of history (and of many other things) may well reside just in the things we don’t know – yet.

1 thought on “Iridescence, after all”