Apart from or the Erasmus Year in Cardiff, my University years were spent in one of the smaller colleges in Pavia, the good old Gandini, housed in a wonderful 15th century palace right in the town centre. It was a pleasant place to stay, and I made a number of good friends there – and I played cards more than I ever had before or have since.

Now please don’t go imagining things: we didn’t gamble or anything… the place was, after all, run by nuns. The College’s game of choice was, for some reason, Pinochle, and we could spend whole evenings at it, playing in two, three or two pairs…

So much so that I began to get bored… Oh, the game is nice, the company was good – but there was no room for conversation as we played, and most of all… there was no story in it.

Now, in a former life, someone used to say that I’m obsessed with story – and he was absolutely right. Ever since I was old enough to play, I never liked to play games that didn’t involve a story. Make-believe was, of course, my favourite game – but I had this tendency to shoehorn stories into anything that even remotely allowed it. Oh, the tales of lost and recovered (and lost again) fortunes I made up for Monopoly! And you know what? I didn’t even need to win, or to be terribly good at the game: in fact, conflict and trouble made for much better stories…

What can I say? I was a slightly peculiar child. 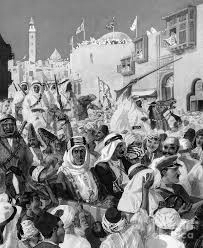 And the slight peculiarity, it would seem, followed me into adulthood: I was in my early twenties when, in a moment of card-playing boredom, I decided to enliven things by creating… Storied Pinochle! I was working on an essay on T.E. Lawrence at the moment, so it was not hard to come up with the notion that one pair would be the English and Arab, and the other the Turks and their German military advisors… A system of scoring points based on the Revolt followed, with steps corresponding to crucial engagements, all the way to Damascus… My three friends were quite understanding – or at least, this is how they will tell the tale now if you ask them, but I’ll maintain to my dying day that they enjoyed the thing.

Within a week, the game had spread beyond our little group, and soon everyone was calling the jokers “Vickers”, after the gun – even when playing some other game. In time, being the resident history buff, I made up other versions, like the Anglo-Boer War, and the Vendee… but Revolt in the Desert remained everyone’s favourite, a kind of Gandini game. And it is funny, when you think about it, because it was just good old Pinochle with a few narrative props… all I’d done was to add a story – but it felt different, and our own. 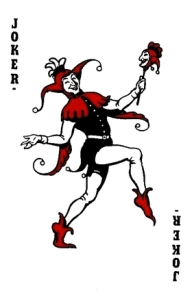 Then of course, in due time, my friends and I got our degrees, and went our separate ways, and met less and less, and other girls took our place at Gandini… and it would seem that they kept playing Storied Pinochle for some time.

Well, years later, when I happened to stay for a few nights in the guest rooms, I wandered to the common room, and found a clutch of girls playing cards… Oh dear, could it be…? I took a chair close enough to eavesdrop as I read. Bad of me, I know – but you see that I had to know, don’t you?

And no, they were not playing Pinochle at all. Some other game, and no Lawrence at all – but, to my great satisfaction, they were still calling the jokers “Vickers”!

Stories do lingers, don’t they?