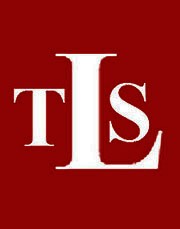 So the Times Literary Supplement was in Oxford for the HNS Conference, in the person of Michael Caines, who covered “us” with a nice set of musings about what goes on behind the curtain of historical fiction.

He quotes from an essay of Toby Litt’s, affectionately calling HF a “deeply bogus” oxymoron of genre, in that its trick is done by conjoining “what was with what might have been”.

Then, with Melvyn Bragg’s keynote speech as a guide, Caines goes on to explore the joys and hardships of balancing between readers’ sensibilities and a peculiar sort of fictional authenticity (oh, look: another oxymoron), as well as the endless fascination with this game.

And in the end, it would seem that the true bogusness (and in a less pleasant way than Litt’s) must be found in the attempts to paste modern sensibilities onto historical characters and stories…

But do read it all on TLS – and how we had Saxon battle cries with tea.

3 thoughts on “A Deeply Bogus Genre”