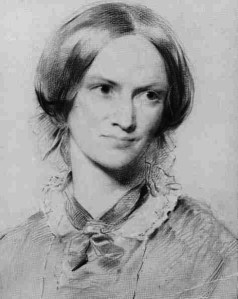 I can’t remember right now whether it is in a letter or in one of the novels (Villette, maybe?) – but at some point Charlotte Brontë, either directly or through one of her French-studying heroines, bemoans the fact that English has no exact correspondence for the French word éffleurer…

Well yes, “to touch lightly” conveys the general meaning, and my trusty old Hazon dictionary also offers “to skim” and “to graze” as alternatives, and maybe one could consider “to brush” – but I must agree with Charlotte that none of them has the same caressing, slightly languorous feeling of the French.*

“Éffleurer, what an exquisite word!” she sighs in writing – equally taken, I imagine, with the proximity with fleur (flower), and a certain quasi-onomatopoeic quality of those two Fs closely followed by the liquid L…

And no, you can’t have the same in English. 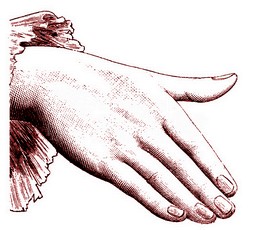 Well, that’s a translator’s life for you: the endless challenge of rendering things with different colours, beyond the bare meaning. Things such as the texture of a verb, the flavour of a time in history, the quirks of a writer’s personality, the certainties of a different mindset – so deep-seated that they have become automatic reflexes in the language.

Wonderful and frustrating things – because truly, all too often the bottom line is that you can’t. Or you can only to a (small) point.

You know Kidnapped? The scene where, after the battle in the roundhouse, Stevenson has Alan Breck cheerfully ask David: “Am I no a bonny fighter?” 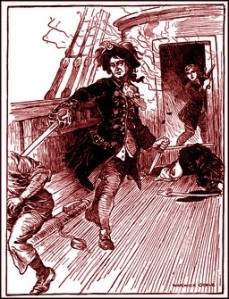 Well, I don’t think I’ll ever translate Kidnapped – but that “bonny” has been my favourite translating game these past twenty years, and I use it as an example when it comes to explaining the joys and hardships of translating. I recount the different uses and hues, from Shakespeare’s “blythe and bonny” to Scott’s grandmotherly endearments to the insufferable wee Bonnie Blue, the lack of an Italian equivalent, the challenge of conveying the Scottishness of it, and Alan’s pleasure in his own swordmanship – without making it sound twee… Usually, at the very least, it convinces people that Google Translate could not do what I do.

Because, even within the confines of any given language, words are iridescent. Well, perhaps not all of them – but many. And translating anything that is not just technical is, in many ways, an effort to make that iridescence shine through a different prism. With the humbling knowledge that, most of the time, one can only hope to brush, to skim, to graze the heart of the matter.

It makes one feels kinship with Charlotte sighing over the exquisite éffleurer, don’t you think?

* In case you wonder, the Italian equivalent, sfiorare, keeps the flowery association, but doesn’t have the same sigh-like sound.