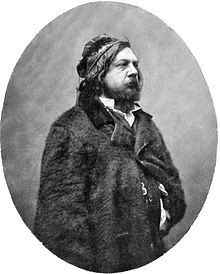 Théophile Gautier first promised The Captain Fracasse to his readers in 1836, when he had yet to put pen to paper.

What he wanted to do, was a picaresque, baroque tale, in the way of Scarron and Scudery… only, he must not have wanted it too much, because in 1845, when he signed a publishing contract (and received a substantial advance), he forgot to mention that he still had to write a single word of the novel. Worse still, he kept procrastinating for years, while the publisher Buloz grew understandably nervous… It will come as no surprise that the thing ended in court in 1851. There was a conciliation, which Gautier wrecked through more procrastination – and it would not have ended well for the writer. Luckily, a wealthy banker with a taste for literature stepped in to repay the advance and cover the court costs.

But Gautier failed to learn his lesson: from 1853 to 1856 he kept announcing The Captain Fracasse on the Revue de Paris, again and again and again. And in fairness, he’d even begun to write it – only…

Who knows what would have become of the Captain, had it not been for Gervais Charpentier another, shrewder publisher, who offered to serialize the novel, and pay Gautier piece-work: by the installment first – and then for the publication in volume. A tad drastic, perhaps, but it worked: at long last our lazy novelist really set his shoulders to it, and for a while everyone was happy. The writer wrote, the publisher serialized, readers read…

Or perhaps not so very happy: the closer he drew to the end, the gloomier Gautier grew – and it was with some misgivings that he handed his last chapter to his beta reader and wife, Ernestina Grisi. 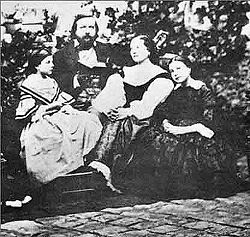 And Madame Grisi Gautier, who, up to that point, had loved the book, was flabbergasted by the ending her husband had concocted: after killing the obnoxious Vallombrosa and consequently renouncing Isabelle for good, poor Sigognac straggled home, poorer and unhappier than ever, and locked himself in the crypt, and starved to death among the tombstones of his ancestors. The end.

Now, Ernestina Grisi was sister and cousin to all those other Grisi ladies, and knew how to do dramatic emotional blackmail. She wept, and pouted, and moaned – because, she said, such a merry book could not end in that grim and tragic way. It puts one in mind of Stevenson, who, some twenty-five years later, would say (about his unfinished Weir of Hermiston) that, to end badly, a book must begin to end badly from the first page.

Well, Ernestina was a precursor of Stevenson in that, and she had significant support in Charpentier, who thought that readers would not take kindly to the emotional whiplash.

In the end, Gautier yielded to the combined pressure of Ernestina’s tears and Charpentier’s market-savviness, and wrote the new ending we all know – with no deadly duels, no suicides in the crypt, and a hidden treasure to boot. On Christmas day 1861, the readers of the Revue Nationale et Étrangère had as a present the first installment of the Captain Fracasse, that began to end well from the fist page. The rosy ending appeared in the summer of 1863, soon followed by the first edition in volume. It was a huge success, with four reprints in 1864 alone, and in 1866 Charpentier invested in a luxury edition, illustrated by Gustave Doré himself.

And then, in later years, there were heaps of stage adaptations, and films…

One has to wonder, though: had Gautier held fast, had Ernestina wept less, had Charpentier humoured his author, and allowed him his “logical, sad, true” ending –  would the readers have revolted in shock and disgust? How would have this story’s story ended, with a different ending to the story?

2 thoughts on “The Odyssey of the Captain Fracasse”