had for years No Tenors Allowed, this lovely CD of opera duets for bass and baritone, with Thomas Hampson and Samuel Ramey singing a variety of pieces, from comic to dramatic to downright tragic – and clearly having great fun with the whole thing.

I love it to bits – but then again, not only Hampson and Ramey are two of my favourite opera singers ever, but I have always had a soft spot for bass and baritone voices – and characters.

Characters – yes, because even when it comes to opera, I like my characters to be interesting and complex, and tenors… well. And I know that a taut narrative arc isn’t exactly the first consideration in an opera libretto – but really… tenors! Take your average 19th century tenor-character: clueless, flat, one-track-minded fools who usually manage to seal their own and everyone else’s fate with acts of epic idiocy.

“What do tenors have, except the high notes?” asks my CD’s booklet. And indeed… 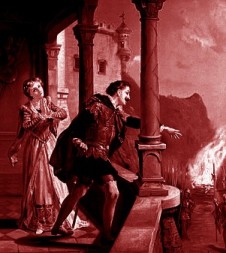 Think of the eponymous Trovatore, a brooding outlaw, who steals other men’s fiancées and, when his Gipsy (adopted) mother gets caught by the villains, instead of mounting an effective rescue with his tough band of outlaw Gipsies, walks into the obvious trap. Or think of Foresto, who does nothing except whine because his Odabella is a prisoner of Attila, and blame her bitterly for staying Attila’s prisoner… Oh – and in the end, it is Odabella who kills the eponymous Hun. And then there is Prince Calaf – who, about two minutes after seeing Turandot from afar, decides that he has suffered too much for love, and launches into a suicidal quest to win the heart of the obviously deranged princess, abandoning his poor, blind, helpless old dad to his fate. And when the princess, frantic to cheat her way out of having to marry Calaf, has an innocent and brave girl tortured to death, Calaf shrugs the murder away without a second thought.* And what about Don Carlos, so eager to inform his kingly father that, by having Rodrigo of Posa murdered as a rebel and (possibly) the Queen’s lover, he killed the wrong man? That it was all a ruse to save the true rebel and lover, Carlos himself? And of course, as soon as he triumphantly blurts it out, Charlie is back in the King’s hit list – and poor Rodrigo has taken it in the neck for nothing… tenors! 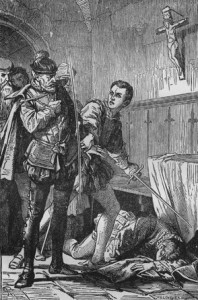 And what do baritones and basses do, in all this? Well, it depends. The Count of Luna (baritone) struggles with political instability, unrequited love and sworn vengeance – until he manages to unknowingly kill the lost brother he’s been seeking all his life. Attila (bass) successfully leads a horde, takes the city of Aquileia, disdainfully rejects a dishonourable alliance, and is so charismatic that no sane woman would prefer Foresto to him – unless forced by the libretto. King Timur (bass) bears with dignity whatever Fate throws his way – including the lunacy of his lovesick son. Rodrigo of Posa (baritone) dithers between friendship, the fate of mankind, and an old king’s trust – and ends tragically**. And King Philip (the best bass of them all) has to do with the unruly Flanders, a (possibly) unfaithful wife, the Holy Inquisition, scheming courtiers, a witless son, a deceitful friend, the solitude of power, and the looming ghost of his  father – no less.

So you see, tenors may often be the eponymous heroes, but usually turn out to be flat and weak characters, blinded by love into taking the stupidest course of action available. Story-wise, the tenor’s function seems to be that of causing grief for the far more complex, convincing and interesting baritones and basses… and since we are speaking of a host of different authors across a century or so, one must conclude that the fault lies with a tradition of scant and mechanical “Lover” characterisation.

So, what do tenors have, except the high notes? Mostly, sparsely furnished brains, and at least one soprano dead-bent on marrying them – for not always discernible reasons.

* Which goes to proof that sopranos are hardly better… Really: can you imagine this pair on the imperial throne, ruling China? One shudders.

** And I have to admit that staking everything on the unlikely chance that Carlos might become a good king isn’t spectacularly wise or far-sighted – but still.