Well, not quite a full week, if you like, as today is just the sixth day… But I have to say: so far, so good. Last night, quite late (after the loveliest Alice rehearsal) I completed the draft of my fifth story, and took a few notes for things to come…

Of course it’s early days, and definitely too soon to tell. Let’s just say that, so far, I haven’t strayed from course.

Except perhaps… Well, I don’t know. As I expected – knowing myself – I haven’t been able to keep away from some research. I’ve tried to keep it light, to put in little notes of the TBS* variety, and to steer clear of rabbits… I’ve tried, with not entirely unreasonable success – in that while I avoided plunging headfirst into any particular rabbit hole… well, you know those damn bunnies, don’t you? How is one supposed to ignore them, when they wave in front of you things like this gorgeous digitalised version of John Rocque’s 1746 map of London? Or this other: an annotated digital version of Richard Horwood’s maps, dated between 1792 and 1799… 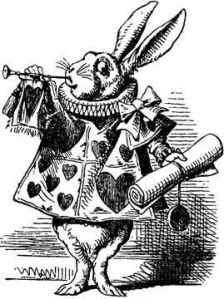 As I said, damn bunnies! All I can say is, I’m holding my own.

Yesterday being the day it was, I even managed to make the whole thing rather Napoleonic, with a story centred around two miniature portraits – one taken in 1797, during the Italian Campaign, the other from Napoleon’s brief time on the Elba Island.

So far, then: five stories, two wonderful maps, and a little historical celebration squeezed in. I’m not entirely unsatisfied.

* To Be Seen. I’m curious: how do you call this kind of thing?