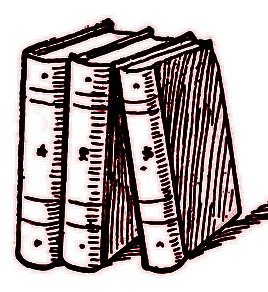 I am looking for a book.

“Well, you are always looking for a book – or three,” my mother said when I told her – and she isn’t entirely wrong. But the fact is that, this time, I’m a bit stumped. Even the all-encompassing Internet, so far, isn’t helping much.

I’m not entirely blaming the Net, either: my lost book is The Eve of San Marco, a Romance of the Spanish Inquisition, by George Soane, published in 1813. It is one of those Gothic affairs in three volumes – and while I can’t quite tell because, you know, I cannot find it, I suspect it’s hardly a masterpiece.

What I’ve read of George Soane’s work has left me rather unimpressed. He was one of a whole army of Gothic novelists and playwrights of the day, enjoyed a very modest success in his life (although he may have been slightly better as a translator from German and French), and I doubt he would be remembered at all, if he hadn’t been the wayward son of celebrated Regency architect Sir John Soane – he of the museum-house at Lincoln Inn’s Fields.

It can be safely said, I think, that George’s posthumous fame, such as it is, rests entirely on his daddy issues: he seems to have spent his whole life trying to spite his father, and was disinherited by Act of Parliament, no less… So perhaps it should come as no surprise that I cannot lay my hands on The Eve of San Marco.

San Marco was George’s second novel and, for writerly reasons*, I’d love to… well, perhaps not to read it in its entirety (I mean – three volumes!) – but to skim it at least? Why, even a reasonably detailed synopsis would do quite well… And it’s not the first time I’m after something seriously obscure and, as a rule, with some perseverance and a dollop of lateral thinking, I’m able to dig out what I need. Not this time, though. This time I’m stumped.

I know that there is copy of San Marco in the Sir John Soane Museum, and I know that it has been reprinted at some point, because a 2017 print of the second volume is on sale on Amazon – except, what does one do with the second of three volumes?

And that’s about it, so far. I’ve no intention of giving up yet, so there may be further developments, or perhaps not… Don’t miss the next exciting episode of Clara and the Eve of San Marco.

Meanwhile, though, if you have any pointers to share, I’d be most grateful.

* And yes, considering last week’s whingeing, you’d be forgiven for thinking it’s all a subtle form of procrastination… But really, it’s not. Not entirely, at the very least.