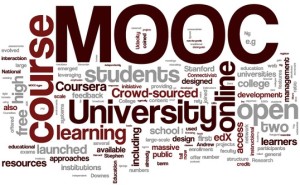 Rant ahead, I warn you. A mild rant – but still.

So I took this MOOC – let’s name no names – about poetry. I don’t write poetry, but I greatly admire the skill of compressing meaning into a limited amount of words, structured and highly shimmering. I’ve always yearned to achieve at least a little of that focused effectiveness… And last year, in the spirit of “you won’t know until you try in earnest”, I’ve decided to stop yearning, and try instead. So I took a MOOC – and liked it a good deal. I’m not saying that I wrote good poetry, mind – but exploring the mechanism was absolutely fascinating. END_OF_DOCUMENT_TOKEN_TO_BE_REPLACED

It doesn’t qualify as something new – not by any stretch of the imagination – but I’ve enrolled in a MOOC with the University of East Anglia, called Introduction to Screenwriting.

“Were you getting bored?” my friend Mita asked, the tiniest tad sarcastically… And of course not, but it’s a two-week course, small enough to fit into a hectic-ish schedule, right before the school-play-madness begins… And, what’s more, Week One so far is proving full of food for thought. END_OF_DOCUMENT_TOKEN_TO_BE_REPLACED

I’ve started a new MOOC with FutureLearn – a creative writing thing. I’m still getting my bearings, but there were a few interesting things during the first week.

At one point, we were asked to write two short paragraphs – one containing three facts and one piece of fiction, and one composed of three fictions and one fact. What I found interesting was one observation during the post-exercise discussion, to the effect that, at times, the truthful things are the element that sound most invented.

And  yes – I don’t think I’d ever thought of it in these terms, but it happens often enough. Or, at least, it is surprisingly easy to have someone nitpick at things that are absolutely and genuinely true.

And I am not speaking of the dreaded But It Really Happened Like This – not at all.

A friend of mine was once berated by an editor for writing dinosaurs in a story of his, that were not plausible. Except, my friend is a paleontologist, so odds are that his dinosaurs stood on very sound scientific ground.

I’ve had my fair share of this on historical matters, but my favourite case happened with my Italian blog, the one time I tried to play an April’s Fool prank. Now, in Italy April’s Fool goes under the name of Pesce d’Aprile – that is to say April Fish – so it seemed appropriate to make up a slightly preposterous story, set it against an unlikely historical backdrop in the Duchy of Courland and Semigallia, and sprinkle it with fish-things: surnames, metaphors, knightly orders, similitudes, a little fake bibliography, a ducal banquet… you get the drift: everything, but everything had fins. I had great fun writing it, and posted it on the Ist of April – and nobody got it.

All my readers assumed that the story was genuine – all except one.

“You got the fish?” I asked her, and the answer was, “No – what fish? I very nearly swallowed it, but the Duchy of Courland and Semigallia was a bit much.”

Except, you see, Courland is a real place, or at least was for several centuries, and is still there, as a part of Lithuania. But it sounded invented. It sounded Ruritanian, I suppose, and therefore not plausible…

Now, in this case I was I was deliberately playing fast and loose with truth and fiction and, when I’m not playing pranks, it is my firm belief that playing Spot The Departure From The Sources is seldom the best way to enjoy a novel* – but I find it fascinating to see how we arbitrarily decide what is, must be or cannot possibly be true.

* This, of course, does NOT apply to anachronisms and glaring errors.