Have you read Ros Barber’s The Marlowe Papers? If you haven’t, do. It’s a wonderful book – a novel in blank verse about Kit Marlowe… In spite of it being yet another take on the Marlovian side of the Authorship Question, I truly loved it – and I’m an orthodox Stratfordian… END_OF_DOCUMENT_TOKEN_TO_BE_REPLACED 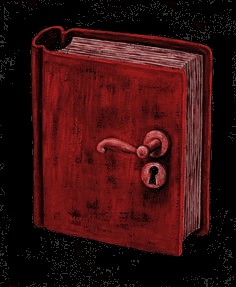 “Imagine you can spend a day inside a book,” was the prompt – one of those things going around on Facebook, you know, that a friend passed on to me. “What would you choose?”

My first reaction was one of eager glee – entering books having always been one of my fondest imaginings, together with, or even a little ahead of, time-travel. So this was a game I was most happy to play… or so I thought, until it came to really choosing. END_OF_DOCUMENT_TOKEN_TO_BE_REPLACED

Not necessarily my favourite books… well, some of them, yes – but for the rest… Let’s say, seven books that, for one reason or another, I can dream of having written myself.

Not Saturday, I know, but I just happened on this review of Ros Barber’s The Marlowe Papers – remember? – on Baroque in Hackney, poet Katy Evans-Bush’s lovely blog of “poetry, arts and culture”, and that led to this other review of George Dillon’s The Man Who Was Hamlet.

And it all made me remember how much I miss London.

And I thought I’d let you know, both about the review and the blog…

I dithered long enough before committing to read Ros Barber‘s The Marlowe Papers.

I’m no neo-Marlovian, no anti-Stratfordian – and this promised to be yet another tale of how Kit Marlowe didn’t die in Deptford, but lived to write Shakespeare’s canon… honestly, just how done is that? And yes, there was the intriguing notion of a novel in blank iambic pentameters – but was it enough to tempt me?

As I dithered, Santa Claus acted, and I found The MP under my Christmas tree, and since it was there, I decided I could have a look at it… and was entirely hooked by page three.

Because Ms. Barber takes the old tale and tells it in a fresh and imaginative and compelling way. And mind – the freshness doesn’t lie so much in the way she nicely weaves together known facts, gaps in knowledge, and wild speculation. She does it well, but others have done it before. What makes this book a delight is the first person narrator – Marlowe himself, of course, recounting his glories and misfortunes in verse for (perhaps) Thomas Walsingham.

We root for him as he more or less glibly walks to his ruin, short scene by short scene, in a whirl of arrogance, fiery genius, naivety, misplaced trust, longing, and doomed hopes. And goodness – it is gripping. All the more so for the restless, urgent pulse that Kit’s voice finds in the rhythm of the blank verse.

And yes – Ros Barber managed to sell me a tale I don’t much care for, by telling it so grippingly that I just forget what it is all about. I stop thinking of the slightly preposterous premise, and let myself be swept away by the story itself, its hero’s voice… Sheer word-magic. Can one ask more of a novel?