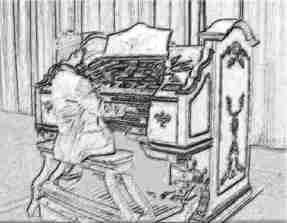 For many years Noreen Hennessy was quite the character in Sydney, where she worked as the resident organist at the Prince Edward Theatre. Now, I was surprised to discover that theatres and cinemas (and the Prince Edward doubled as both things) had resident organists long after the transition from silent films to talkies – but they did, and they were often very famous and popular.

Miss Hennessy was one such performer: whether as a number of a variety show, or between acts of a play or at the end of a movie, she appeared at her spotlit Wurlitzer wearing a pastel-coloured, ankle-length tulle dress, and played one or two songs for the general delight. Then she would receive her applause, smile, curtsey, and leave. She held the post for many years, and was quite popular.

Well, in 1962, the Prince Edward hosted the Australian première of Peter Ustinov’s Billy Budd. It was both a very elegant soirée and a fundraising event for I don’t know what charity, a white-tie affair gathering actors, director, authorities, the posh Sydney and the artistic Sydney…

And we all know how Billy Budd ends, don’t we? It ends in such a way that, when Noreen tiptoed to her organ towards the end of the movie, and made ready for the spotlight, a thousand and fourteen hundred patrons were tearing and sobbing over poor Billy’s fate. 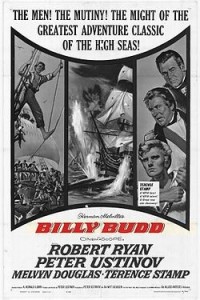 “Poor lambs, bless their tender hearts!” must have thought Noreen to herself. “I know what will raise their spirits…” So she stole a glance at the screen, vaguely perceived “Navy” and, with no forewarning, started playing Anchors Aweigh with all her might – just as poor Billy… er, swung.

The audience was more than a little startled at the wild change of mood. The spotlight hiccuped to life, and a thousand five-hundred pairs of saucer-sized eyes turned on the organist. Anchors Aweigh, especially in its instrumental version, is not what you’d call a lengthy song: when it finished, there was a beat of silence, and then the audience burst laughing and cheering as one man. I don’t think Ustinov, the Allied Artists people and Melville’s ghost were overwhelmingly pleased, but Noreen stood, curtsied, enjoyed a standing ovation longer than the song had been, and retreated beaming like the sun and very happy.

Perhaps it hadn’t been the sort of première Ustinov had expected and imagined – but there is no denying that it was quite unique.

6 thoughts on “The Organist and the Sailor”