So in the end I went to the festival. Not Thursday – I really wasn’t fit to read – but both Saturday and Sunday.

And so I found out just why they wouldn’t put me in touch with the interviewer: they simply couldn’t, because there was no such person.

Nobody to talk to the authors – unless I did it.

By Saturday night, though, I had a fair notion of what to expect, and I had it because, on Thursday night, I received a half-frantic call, telling me they had found someone to do the reading, but could I please email them a list of my chosen pieces – and maybe some questions to ask the author? So I sent in list and question, and wondered: would they have someone read from my printed email?

I still don’t know. I didn’t have the heart to ask. Still, Saturday night I arrived at the venue (a library in a lovely minor Renaissance palace) prepared to read and interview the second author. I was also prepared to have a nice little chat with the fellow who hired me “to do the readings” – the same fellow who laughed airily when I started asking questions, and never saw it fit to tell me that I was supposed to be the interviewer… But he wasn’t there.

This left me with a couple of ladies and the local mayor. Now, let me be clear: they are extremely nice people, friendly and enthusiastic, and I like them a lot. That said, Saturday night not only did it soon become clear that nobody else beside me had bothered to even leaf through the book, but at a quarter past eight, as the audience began to arrive, we were still missing the author – and no one had his mobile number, or the foggiest idea how to reach him. 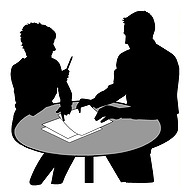 In the end he arrived, and we quickly went through my questions, and there was time for nothing else. So I did my reading-cum-interview – or was it an interview-cum-reading? – and there was also this great band playing now and then, and a bizarre lady dancing barefooted just because, and a few questions from the audience, and a nice buffet at the end…

Sunday night we had a repeat – with another author, of course, and a different band. Everything went well, and the library hall was full, and we had a picturesque moment when the bizarre lady, instead of dancing, hijacked the microphone to send a cryptic and tearful message of the “you know who you are” variety. The breezy fellow was there as well. “Oh, but you are good,” he told me. “You even managed to ask some clever questions!” I nearly told him that I usually ask very stupid ones… but then, why bother? After all, everything went well, and I’m sure it never showed how very eleventh-hour everything was. So I thanked him with as little sarcasm as I could, and that was that.

Still, I can’t help wondering: what if I had assumed they had everything under control, and glibly gone with nothing more than a little list of things to read? Or – even worse – with nothing but the certainty that someone would tell me what to read? So, the bottom line should be that asking questions beforehand is always safer – but actually, it may not be enough. Better to ask questions, and then prepare for the chance that things aren’t quite as we have been told.