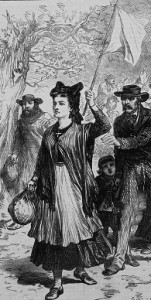 It makes me a little  sad to tell you that Ad Alta Voce, our not-quite-book-club, is no more.

It goes out without the least fuss. The meetings used to begin again in october, and this year they just do not. Maybe we’ll have one last reading-dinner with the very small group, but that’s it. End of the story.

And the smallness of the group is one reason why we are giving up. There’s seven of us, eight on good nights – out of which only five read. Always the same five, one being my mother, who only reads because of emotional blackmail. Other than that, we have had little or no response in the village. Oh, we had a few more people at the beginning, but almost no one read at all, and they quickly dropped out… I remember the teacher who thought us inadequate because we did not make a practice of reading Nobel-winning authors. And the other lady who, based on the few pages I’d read, said that WS Maugham’s Theatre was a stupid book, and could not understand why we’d read such stuff.

“You may not like all that you hear,” we told them. “But the point is, next time you should bring something you like, and read it to us…” Do you think we ever saw either lady again?

And there were a couple of unfortunate cases, like the boy who always read Latin and Greek authors in the dullest manner, and sometimes with a little of the original thrown in for fun. He disappeared after the stormy night when, during his rendition of Virgil’s Fifth Eclogue, we somehow had a black-out and two loud people seeking shelter from the rain. And then we had the Evil Seamstresses – the worst incident of all…

This is not to say we didn’t have a lot of fun reading to each other. We discovered new authors, and discussed many things, and laughed, and occasionally teared-up a little, and bonded over books and biscuits. It was lovely, and I, for one, will miss it very much. But we hoped it would grow, we hoped we’d gather new readers, we’d hoped it would become more stimulating – and nothing happened. Perhaps it was our fault – although I must say that the few times we tried it elsewhere were unqualified successes. We must have missed something, we must have failed to make new readers feel welcome. Or perhaps there’s a reason why traditional book-clubs are so successful and we were not.

I met the Kite-Librarian a couple of weeks ago, and even before we exchanged greetings, she asked about Ad Alta Voce… She looked a little taken aback when I told her the news. Why couldn’t we try to make it differently? she asked. More in the way it’s done in all the other libraries. Why not, I said – but with someone else. She will try, likely. Book-clubs are not only all the rage, but highly encouraged by central libraries – and indeed, we were a barely tolerated oddity. But if we’d wanted a book-club, we’d have started one… And then again, who’s to say we can’t convene in our own sitting rooms for books and cake now and then?

But for the moment, hic jacet Ad Alta Voce – possibly a victim to a widespread preference for being told what to read, and what to like.

2 thoughts on “The Surrender of Ad Alta Voce”