And so, my friend Dave over at Karavansara nominated me for the Sunshine Blogger Award… In truth, he did some ten days ago – but back then I was swimming in chaos, what with Shakespeare in Words approaching fast, and two talks, and everything else. So I asked leave to give a delayed response: and here we are.

Thank you very much, Davide – for the award itself, and for the patience…

So – the Sunshine Blogger Award. How does it work, you may be wondering? Well, it goes like this: first and foremost, one thanks the person who nominated one’s blog, with a link to their own blog; secondly, one states the rules (which, you may have noticed, I’m doing right now; thirdly, one answer the nominator’s eleven questions (why eleven? Why not ten or twelve? Who knows…); and lastly, the means of propagation: one devises eleven questions in turn, and nominates eleven more blogs. Easy, right?

And this means we have come to the part where I answer the… Eleven Questions From Karavansara:

Don’t you hate these games in which you have to answer weird question from strange people?
Well, not quite – but I never can help wondering: will readers really want to know all these details about me? Probably not – but still… Let’s play, shall we?

Let’s order dinner: Pizza, Chinese or Kebab?
How about Chinese tonight, and Pizza next time? I’m a tad wary about Kebab, because I’m not much of a meat eater – but if you know a good place for it, why not?

What book are you reading these days?
You mean what books, right? Because I never have just one book going… Right now it’s Kelly Grovier’s The Gaol (a story of Newgate prison); Matthew Beaumont’s Nightwalking – a Nocturnal History of London; an Italian historical novel about Roger of Hauteville, and a bizarre thing called The Madwoman Upstairs, by Catherine Lowell – with (gasp!) a contemporary setting!

The best made-up rumour you ever heard about yourself?
Well, a couple of years ago it turned out that an elderly relative of my mother’s had never ceased to describe me to strangers as her “little cousin – always writing little sweet fairy tales”… As a result I still happen to meet people who, not incomprehensibly, expect some sugary teenager in pigtails. Why poor old Fannie wasn’t ready to own a grown-up relative who writes saddish historical fiction and plays is beyond me – but I confess it can be fun to watch people trying to reconcile the description and the woman.

It’s late night and you can’t sleep – what movie do you watch?
Well, it depends, doesn’t it? Do I watch it in the hope of being bored into sleep? Then I’m likely to choose something like Akira Kurosawa’s Dersu Uzala (sorry, Father!) or Rohmer’s visually beautiful but soporifically paced Perceval le Gallois. Or am I seeking a way to pleasantly spend the time, since as sleep is not forthcoming? In this case, I’ll go for some old beloved lighter fare, like Singing in the Rain, or Some Like Hot, or Please, Don’t Eat the Daisies… Also, opera is always a good alternative.Then again, I’m not often in need of this kind of sleeping help, because… what was the next question again?

And talking about night – are you a late night person or an early morning person?
Early morning? What a bizarre phrase… What may it mean? No, really: most definitely late night. 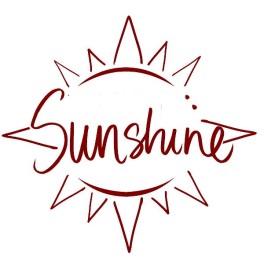 What’s the best part of writing a blog?
Interaction with the readers – especially the serendipitous kind. You know, when someone finds you through your blog, and this leads to unexpected friendships, chances and projects? My two blogs have earned me several good friends, the Paper Stage, the chance to write an opera libretto… just to name a few.

What’s the worst part of writing a blog?
The occasional feeling of pressure. For which I blame more my lackadaisical ways than blogging itself. But truly, at times, when things are hectic and I haven’t thought to line up a few ready-to-go posts, I really chafe at the need to post post post – and what if I don’t? Will all my readers flee to better-scheduled pastures?

Traditional western or Spaghetti western?
Neither, thank you very much. Having grown up with a father who really liked the genre, I feel I’ve watched westerns enough for a few lifetimes. That said, if lives depended on me forcing myself to sit through one more western, I’d definitely choose a traditional one.

The song you want as the title track in the movie of your life?
Do you think I might have ‘Twas Brillig, from Disney’s Alice in Wonderland? Although, on second thoughts, I’m late from the same film would also work really well.

Your favourite year, and why?
The favourite year of my life? My favourite year in history? Either way, though, a year is too long a period to be undiluted “favourite” material. I might name 2011, when I first met Seamus Heaney and my first play debuted in a way that was the stuff of dreams – but then it was also a year of loss and grief… Or I might say that 1564, when Shakespeare, Marlowe and Galileo were born, must have been an especially bright year – but it also was when Michelangelo died, so… No, I don’t think I have a favourite year.

And this makes eleven answers…

Now for my (not quite eleven) nominees:

And finally, my eleven questions:

– What is it that you really can’t resist?
– Time machine: when? Where? Who? What? Why?
– Not that I believe you’d commit a murder – but you might be truly tempted to drastic action when…?
– Let’s make-believe… Who (or what) did you play at, as a child?
– The concert of your life?
– Your favourite weather – the one that makes your spirit soar?
– The ending (book, film, play) you’ll never make peace with?
– Ever got that “Oh dear… I’m inside a book!” feeling?
– Let’s go with Proust: if you weren’t yourself, who would you want to be?
– One thing you’ve never done – and would love to do?
– And lastly, the moment when you would have stopped time?