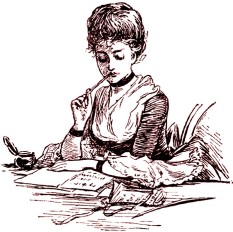 I don’t know about you, but there was a time when, if asked, I would have said that I’d rather work on a project at a time, thank you very much.

And it would have been true, I think: start something, work on it, bring the first draft to completion, then revise as much as it takes – and only when that is done, start on something else. Or, if not quite done, at least set aside for the foreseeable future… because, well, through the years I’ve grown a good deal better at finishing what I start – but I won’t pretend my hard-disk isn’t littered with provisional drafts, half-shaped attempts, and unfinished things in general. Isn’t yours?

Still, that was once. Now… now things have changed a good deal. Projects have acquired a way of coming fast, and not even on each other’s tail – no: they come in twos, threes, and any combination one can imagine. The first draft of something and the revision of something else; a Nth draft together with a challenge like Story-a-Day, two first drafts together,  yet another reworking  of an old play with a short story, some copy, and something new entirely – just for the fun of it…

I’ve spent the whole of August working on The Sound of Wings, my new one-act play, in the mornings, and on Road to Murder in the afternoons and evenings, with a few small things thrown in now and then, and a certain amount of minor research on the go… Now the play has been accepted, and we’ll start rehearsals on Friday – so add that to the mix, together with the school starting again, with its classes, meetings and whatnot, and someone else’s book launch, and a stint as a tour guide in a local country house… And I know, it may not look like a break-neck rhythm exactly – but it is something that, only a few years ago, I wouldn’t have thought I could do. 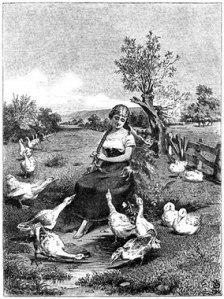 And the best part is, I not only can, but this way, but I love it, and I get a good deal more done and finished. So it would seem that this many-faced apparent chaos suits me quite well: productive, highly satisfying, and a bane to my old friend, procrastination. You could say that I deal better with a flock of geese  rather than a single bird.

I suppose that, just as the saying goes for tastes, there is no accounting for where one finds efficiency…

But what about you, o Readers? How do you like your geese? Do you like to focus on one project at a time? If so, are you able to do so? Or do you prefer to work on several projects at once? If so, how did you found out?