I don’t know about you, but there was a time when, if asked, I would have said that I’d rather work on a project at a time, thank you very much. END_OF_DOCUMENT_TOKEN_TO_BE_REPLACED

So this is a couple of stupid days inside a mostly stupid week.

By which I mean that last week’s Shakespearean glow has faded, and I’m getting nowhere much, both work-wise and writing wise, and I’ve managed to destroy a memory stick with lots of useful things on it, and I’m squandering inordinate amounts of time on notions that might become relevant next Autumn – or then again might not at all – and even rehearsals last night rather meandered into pointlessness… END_OF_DOCUMENT_TOKEN_TO_BE_REPLACED 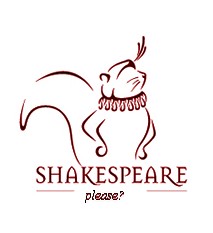 “Be a dear,” the Drama Teacher said, “and put together something Shakespearean for the Squirrels.”

“What kind of something?”

“Shakespeare chunks within some sort of framing device?”

And because the Drama Teacher taught me back in the day, and I love her dearly, I said yes, and I’d do it, only please don’t be in haste. This happened more than a month ago but, lacking the sense God gave a duckling, I let time pass, and pass, and pass… END_OF_DOCUMENT_TOKEN_TO_BE_REPLACED 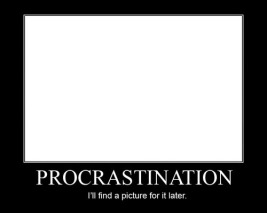 Technically speaking, I’m not procrastinating – and I have a red wordcount bar to show for it. Down there, in the left bar – see? To make a long story short, let’s say I gave myself a goal of 1500 words-per-day, and nine thousand and something words in five days means I’ve been meeting it, and then some.

Still, what do you call it when you tweak commas, and make yourself multiple cups of tea, and hunt for designs of Tudor mullioned windows through the Internet, and check your email again and again, and re-read an old play to make sure you are not recycling ideas too shamelessly, and mind your novel-related board on Pinterest, and plan what you’ll be writing between first and second draft, and do all sorts of things until you have an hour (or less) left before rehearsals/dinner/class/work/whatever – and then, in that hour (or less), pound out eight or nine hundred rather nice words?

And then you repeat the proceedings a couple of times a day, and end up breezing past your daily goal – all in panicky or sulky one-hour spurts of activity…

Yes, tell me: what do you call it, exactly?

I’m beginning to fancy “Microprocrastination” as a name – and yes, it seems to work at some level, and no, this doesn’t make it any less foolish and irritating. Because work it may, but in a this higgledy-piggledy way… There may be a method to my madness, but madness it is. 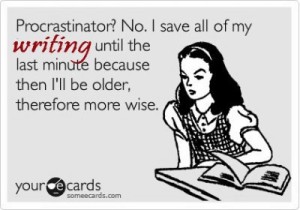 Hence, I manage to write at a fairly reasonable pace, and be frustrated at the same time. I don’t procrastinate, and I do. I need to be under pressure, but I only manage to create the artificial pressure a couple of times a day… And believe me, I don’t feel spectacularly sane, when I watch myself writing things like this.

For nearly a month.  With the scarce comfort of a friend’s wireless once a week or so. It’s been a long, long near-month – and yes, I guess I’ll give in and buy myself a smartphone, one of these days.

Still, I didn’t go mad as I thought I would at first. Why, the day I was back online I even caught myself… well, not exactly missing my netless state, but still. Because the fact is, after the first week or so of frantic despair, I adjusted rather well. No email to check every other minute, no blogs, no Pinterest, no Facebook, no Twitter, no chats, no forums, no way to google this, and that, and that again… Was it inconvenient? Very. Was it unpleasant? Well, no. In some ways it was rather… restful.

Not that it was a restful month in a broad sense – quite the contrary, in fact.

I designed lights for two different plays in three weeks, I helped launch a new association, I had two meetings of my not-quite-reading group, I struggled with two commissioned works, I shirked the commissioned works for the time it took to write the first draft a short story that wouldn’t leave me alone, I made second place in a contest (with a monologue), I prepared and gave a talk in Milan… Quite the busy month.

And so I have to wonder. Was being offline conducive to getting more things done? I can’t take it on myself to say it wasn’t. I have known for some time that the Web is my Well of Lost Hours… and not exactly “lost”, if you like, because yes, there are lots of useful things I do there – research, work, reading, studying, keeping contacts, and so on – but still.

I’m not saying I should or could do without the Internet – help and deliver us! I’d never survive, because of the kind of work I do, because of the place I live – a tiny village in the middle of nothing much – and for a number of reasons. But perhaps I could give myself the occasional offline time. A week a month, perhaps? But no, that’s both too much and too little. What about a month each year? 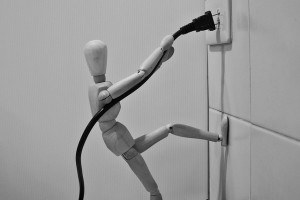 Which month should I choose, if I did? How exactly would I go about it? Because I know myself, and my non-existent ability to resist temptations… Nothing short of spending the month in some entirely internet-free place would hold me to it. Or perhaps I might just unhook my modem and give it to someone else to keep. To keep and hide. To keep and hide very well.

Anyway, this is something I need to think through, because I couldn’t live offline, but with some organised netlessness now and then, I could really do.