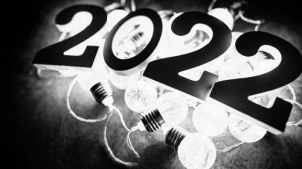 More than slightly, perhaps, especially when you consider the times we are living in… but still. 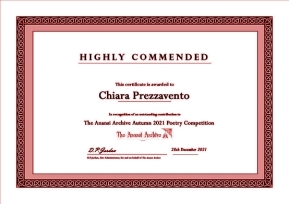 It may well have to do with having found out, on New Year’s Day, that a poem of mine ended Highly Commended in The Anansi Archive’s autumn competition, and will be published in the anthology – a good start if ever there was one. It may also have to do with all the little birds cheerfully flitting between the pond and the hanging fat and seed balls just out of my window. And of course there are the oodles of writing and stage projects I have running… So many of them, actually, that it might – no, it all should feel a tad overwhelming – but somehow it doesn’t.

Not yet, at least. I’ll let you know.

Meanwhile, I’m enjoying this Not-Blue January, and, in my sizzling present condition, let me share my New Year’s Resolutions:

There, that’s it for the year. What sort of year it will be, what it will throw our way… ah, that’s impossible to say. Nor can we keep out of it and just let it go ahead without us, can we? So, let us begin – and try to do our best!