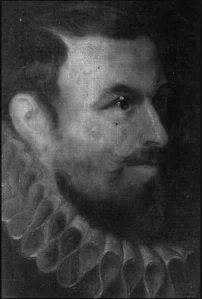 Not quite Ballard as Black Foskew – but… an approximation

What can I say? Much as I love Cate Blanchett and Geoffrey Rush, I can never watch Elizabeth without cringing at what Hirst, Kapur and Craig together managed to make of Father John Ballard – in terms of both historical accuracy and characterisation. END_OF_DOCUMENT_TOKEN_TO_BE_REPLACED 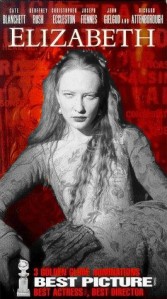 Last week I watched Elizabeth for the first time – and was more than a little bewildered by the script.

At one point, there is this scene in which Father John Ballard, SJ, lands in England,  met by a bunch of Catholic conspirators – among whom he immediately spots out a very young Thomas Elyot. Recognising him as an agent of the Queen’s spymaster Sir Francis Walsingham, Father Ballard proceeds without further ado to kill the lad with his bare hands. Bad, bad Catholics! And in fact all Catholics are very, very evil in this film, made ruthless by fanaticism and/or a lust for power – whereas the occasional ruthless Protestant is just protecting Queen and country… END_OF_DOCUMENT_TOKEN_TO_BE_REPLACED