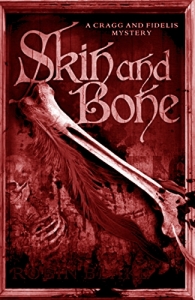 I was going to say that I don’t quite remember when I read my first Cragg and Fidelis mystery… But of course, thanks to the archives of the Historical Novel Society I can tell precisely: it happened when I reviewed the fourth installment, Skin and Bones, back in 2016. END_OF_DOCUMENT_TOKEN_TO_BE_REPLACED

Back home, and entirely thrilled about it all – that’s what I am!

HNSScotland18 was a wonderful conference: Margaret Skea did a wonderful job of putting together an array of seminars, panels, lectures and talks – with a fascinating Scottish slant. Thanks to Stevenson and Scott, I have a fondness for the Jacobite Risings, and therefore I loved hearing about them from Maggie Craig and Trevor Royle, crossing kilted re-enactors on my way about, and being piped into dinner was a novel-worthy moment… Besides, I met such lovely people, and pitched my novel to two very nice agents – who won’t represent me, but had many interesting, helpful, and flattering things to say about my writing.

Ah well, and then there was the Short Story Competition. Let me brag and boast a little here, because the fact is that I won the competition. Remember the story that would not be written? Well, I wrote it, in the end*. I cut it frighteningly close, but managed to submit it – and… won the competition. END_OF_DOCUMENT_TOKEN_TO_BE_REPLACED 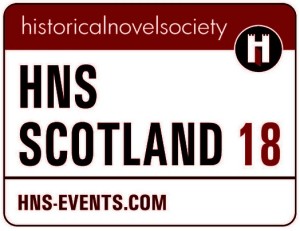 I’m off to HNS Scotland 18 – the Historical Novel Society’s conference, back to the UK this year – three days of talks, workshops, networking, a gala dinner complete with ceilidh, and even two pitch sessions with literary agents.

This is my second experience with the HNS: two years ago I was preparing for HNS Oxford 16, and I was very excited, but also terrified at the prospect of meeting two agents – and, if I’m honest, a little nervous about the whole thing as well… you know, telling people that yes, I’ve written this novel  in a language that is not my own – oh, your language, incidentally… END_OF_DOCUMENT_TOKEN_TO_BE_REPLACED 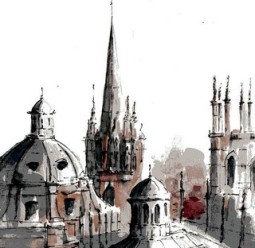 I’ve had three wonderful days at the lovely and impeccably managed HNS Conference. As I said, it was my first writing conference, so I have no term of comparison – but Richard Lee, Carol McGrath and Jenny Barden created something so very stimulating, well-thought and friendly… I loved every minute of it. I met all sorts of interesting people, attended great talks and lectures, learned a good deal… and I pitched my novel. Twice.

The feedback has been most interesting… END_OF_DOCUMENT_TOKEN_TO_BE_REPLACED 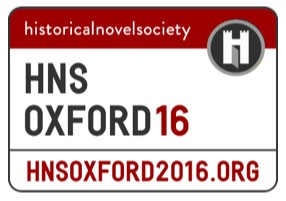 I’m off to the HNS Conference in Oxford – leaving tomorrow morning, for  three days of talks, workshops, networking, a gala dinner complete with costume pageant, and even two pitch sessions with literary agents.

This is my first writer’s conference ever – because there seems to be no such thing in Italy (much less dedicated to historical fiction), and I’ve never had a completed novel in English I felt confident about. But now is the time: the novel is finished and polished, the conference is comparatively close by, and so here we go. END_OF_DOCUMENT_TOKEN_TO_BE_REPLACED 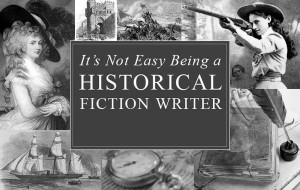 So it… how shall I say? It half-happened.

Let me explain: there are not many awards, prizes or competitions for historical fiction. One is the Historical Novel Society’s Short Story Award. It is an international competition, with interesting judges, interesting prizes and a high standard.

I entered a story, one I really rather like – Elizabethan England, Kit Marlowe, a couple of narrative choices I’m not unsatisfied with… I had hopes for this one. And lo and behold, when the long list was announced, my story was in it.

I was more than a little thrilled. As I said, they have high standards, and to be selected – and I’m not even a native speaker – sounded… well, it sounded good.

And then there was the wait for the short list – and a whole lot of butterflies took permanent residence in my stomach. As I said, I had hopes. And I kept telling myself level-headed things about it, but well, you know how it works, don’t you? If I had made the long list, after all, why couldn’t I…?

“And what’s going to happen if you don’t make it?” asked D. a few days ago, as I was counting butterflies.

“Well…” I said. “Nothing much, I guess. I’ll console myself with the right kind of sinful biscuits in my tea, and walk on a stormy cliff or two, and then work a little more on the story, before I send it somewhere else…” And privately I wondered: would I really be this sensible, though?

In the end, the short list came, and my story was not there.

I won’t pretend I’m not disappointed. Level-headed be damned, I may as well confess I had rather set my heart on the short list – and the anthology… And yet, I’m not half as blue as I expected I would be while I waited and tried to be level-headed about it.

I did make the long list, after all, didn’t I? 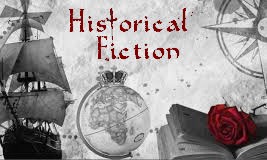 My story was good enough to be noticed. Not enough to be shortlisted, clearly, but above average nevertheless. It’s something to work with. I can do better. I can polish it up, and do something else with it. And I can write a better one, and enter the HNS Award again next year…

So yes, it seems I am somewhat sensible, after all. And I can be reasonably happy over the long list. And if it is true that, as Rudolph Rassendyl says, Nearly Is Not Enough, it is nonetheless something…