History will be kind to me because I intend to write it, 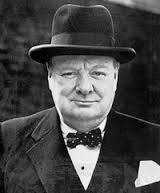 said Winston Churchill… and write it he did. Authors of historical fiction usually go about “writing history” with more modest ambitions – or do they? Just look at Walter Scott or Charles Dickens… And I know Dickens was no historical novelist, properly speaking, but there is no denying that A Tale of Two Cities did much to shape the common perception of the French Revolution…

So perhaps this is it: we do not so much write history as tell it – and in telling it, we can shape the way it will be understood and perceived.

Just think of Sara Crewe telling dull Ermengarde about the French Revolution, and the severed head of the Princesse de Lamballe being carried over the crowd, stuck on a pike… “The princess was young and beautiful…” Sara tells a gaping Ermengarde – who won’t easily forget her history after that. A shame that Mme de Lamballe was 43 when she met her gruesome death – an age that no little girl would call “young”… So Ermengarde will always remember a picturesque fiction. It may not be very important, provided she remembers the French Revolution, but what of Dickens’s rather biased portrayal of the same period?

And yes – stories are not history, and vice versa. It would be most unfair to blame a novelist for “making things up” or “making things more dramatic”, but Ermengarde’s Princesse still raises interesting questions about the fiction and the perception of history.

d History Will Be Kind, The Copperfield Review’s first anthology, provides an interesting exercise in “telling history”. A rich collection of historical short stories, poems and essays, it explores a range of historical periods, characters and events – from Empress Maud to Alexander the Great, from the Third Crusade to 1914 Mexico – and Kit Marlowe, of course. My own very young Kit Marlowe who, in Gentleman in Velvet, learns a hard lesson about consequences and prices to be paid.

On the whole, it is a little history of the world told through story, as well as an exploration of many ways in which “we” tell these stories…

You can find History Will Be Kind in e-book and paperback format here:

All else apart, and seeing the time of the year, wouldn’t it make a nice Christmas present for lovers of history and stories?