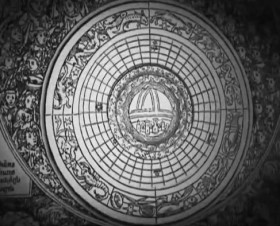 Remember this post? And Alistair Gentry‘s video about Elizabethan metaphysics, and the math teacher worrying about what seemed a proximity of science and magic?

“I’m alarmed,” he wrote in a comment. “Must I consider myself akin to devils, ghosts and magic?”

Well no – but he certainly would have, had he been an Elizabethan mathematician. Or, at the very least, he wouldn’t have been especially alarmed to consider his studies akin to magic. Certainly any number of his contemporaries – not to mention several religious authorities would have thought so, with a potential array of more or less dangerous consequences. But it is safe to assume that the mathematician himself wouldn’t have disagreed at all…

Ian Mortimer comes to mind, with his Time-Traveler’s Guide to Elizabethan England:

The very sense that anything is possible is what allows experimentation to be so open-minded. Men explore superstitious phenomena in the belief that they are investigating the real world. If you can’t distinguish between scientific truth and superstitious belief, it is not irrational to investigate any phenomenon as if it might be a scientific truth. (p. 125)

Indeed, when Marlowe’s Doctor Faustus sifts the branches of knowledge seeking afield for his remarkable abilities, he lists philosophy, medicine, law, divinities – and then magic. True, magic is not taught in universities, and is far more dangerous – as Faustus’ learned friends are quick to point out. But this is the point, isn’t it? These cautious men don’t object so much to the nature of Faustus’ new studies, as to their being dangerous. To them the trouble is not that conversing with the devil is a laughable notion – far from it: it is perfectly feasible, and therefore dangerous. 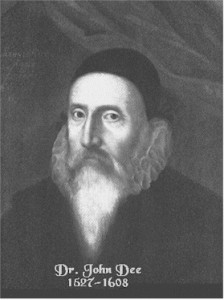 And it isn’t a matter for the playhouse, either: think of John Dee, a highly respected mathematician and astonomer, teaching euclidean algebra at the Sorbonne at twenty, courted by many European universities… Still, nobody thought that either his other career as the Queen’s own astrologer and necromancer or his decades of efforts to communicate with the angels* should be incompatible with his mathematical pursuits.

That said, there were small matters of personal safety – such as magic being treason in England and a matter for the Inquisition elsewhere… Shall we say, for simplicity’s sake, that both the secular and religious authorities greatly mistrusted every attempt at investigating past the version of truth extablished in the Scriptures?

Think of Galileo Galilei, for instance. Or the charges of blasphemy listed against Marlowe, including – in no particular order of gravity – raising the devil and an attempt at a pre-Biblical chronology… Significantly, the chronology was not even Marlowe’s idea, but the work of Thomas Hariot – Walter Raleigh’s mathematician friend.

All in all, I think that my mathematician reader could do worse than consider himself a far descendant of these men who investigated the world by trying to peek past the Accepted Truth – sometimes at the risk of their lives. That their investigations at times blurred the line of what we call science is due to a different perception of what was real, true and possible. Why, it’s even possible that we, the XXIst Century, don’t believe anymore in devils, ghosts and magic also because they began to explore devils, ghosts and magic with a scientific mind.

* Well, in the end his medium proved to be a fraud – and that tarnished Dee’s reputation  – but this is entirely another matter.