After finishing the last of my Christmas reads (the second book in Lexie Conyngham’s very enjoyable Murray of Letho series), I have struggled to choose my next book.

As already stated – and as, I’m sure, is the case with all of you – I have a To Read Least far longer than my arm and ever-growing, so after each book I spend ages browsing my shelves and piles, or poring over my Kindle’s menu page, like Buridan’s Donkey – with far too many pails of water and stacks of hay. This time, the process was made even slower by the fact that I’m readingreadingreading up for my new play-to-be, so that my leisure reading time is rather reduced…

Well, anyway, last night I decided to give a try to a novel about Irish leader Robert Emmet. I have some interest in the character and period, but know little enough about both – except that I recently read Dion Boucicault’s entertainingly overblown 1884 play on the same subject. So, why not try a (purportedly far more accurate) novel? So I began Tread Softly etc with every intention of liking it, and… 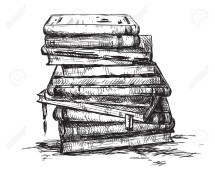 I did not. Or at least… I don’t think there’s much wrong with the gentle pace and old-fashioned writing – I usually like the sort – but by page twenty I’d had enough of the author’s obvious hero-worship of  her protagonist. Still a teenager, young Emmet was showing such a degree of perfection that it was too much for me. It is entirely possible that things would have grown better with some persistence, and perhaps I’ll go back to the novel later, when I’m… oh, I don’t know. The  fact is that right now I’m not spending my limited reading time with gentle, soft-spoken, intelligent, determined, brave, wise-beyond-their-years, determined, elegant in mind and body and whatnot fifteen-years old.

Which is how, by one of those leaps of logic, I turned to Jessie Burton’s The Miniaturist – and found an entirely different kind of book. The writing is dense, with a certain timeless quality to it and a fine rhythm. The characters are wonderfully drawn, the details are rich, and sharp, and vivid, so that 17th Century Amsterdam jumps out of the page, with the clarity and cold light of a Dutch painting, and the present tense narration provides the whole with a sense of growing tension. Lovely. I was soon captured – and there is my next read. A read of the sort one can’t wait to go back to. And well – it’s early pages, and I know by bitter experience that plenty can go wrong before the ending. Let us say that, if things keep up as the seem to promise so far, The Miniaturist is very likely to give me book-lag when I’ve finished it.

And because this is the effect I’d love to produce in my readers (who wouldn’t?), I began to think about my own novel-in-progress. Am I making my hero insufferable in some way? I’m rather sure he is far from too perfect – but is there something else that might make it hard for the reader to like him? Am I writing to safely? Too

Elizabethanishly, I’ve been told, and tried to remedy – but is the language effective, and distinct, and vivid? And how about my setting’s details? Am I using the right ones? Am I using them right? Am I conveying not just a convincing sense of Elizabethan London – but an engaging one?

Ah well – this might as well be a case of what David Corbett was discussing in the article I mentioned in Tuesday’s post. Perfect, don’t you think? Now I am, most definitely, inspired to emulation.

What was the last book that inspired you in this way?