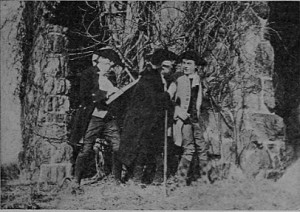 From the 1917 Moving Picture World Review – thank you, Fritzi!

Do you remember when we discussed Kidnapped films for the Swashaton? Do you remember how Fritzi Kramer of Movies Silently shared with me her research about the 1917 silent version – with Robert Cain wearing the silver buttons?

What I didn’t tell you back then, because it was a secret, is that there was a project behind Fritzi’s research… and now the moment has come to reveal it: Fritzi is crowdfunding a DVD release of the 1917 Kidnapped!

You can found – and back – her Kickstarter here. 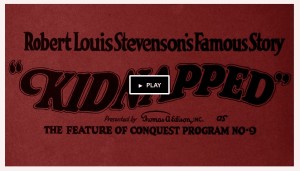 What Fritzi has in mind is a whole time capsule: a whole night at the movies, from a century ago. The Stevenson main feature, followed by four shorts – as you would have had back in 1917: a varied mix of comedy, animation and documentary. And all of it will boast a piano score by Ben Model.

As I write, the project is already more than funded, so we’re actually talking stretch goals:at the moment it is a DVD booklet that, Fritzi promises, will be full “to the brim with factoids and details” concerning the novel, the studio, and all sorts of intriguing tidbits. Moreover, things going the way they are, and there being still eleven days to go, I wouldn’t put it past Fritzi to have a few more ideas in mind… 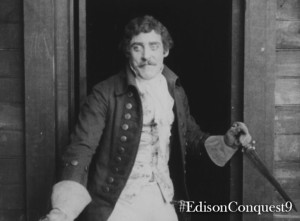 Of course, I’m in it for the early screen version of Kidnapped – and Robert Cain’s Alan – but whether you are a Kidnapped fan, a Stevenson fan, a silent cinema fan, a history fan or a time-travel fan, this is a wonderful project to back. And of course, the names behind it all – Fritzi, Ben Model, and film editor and director Christopher Bird – mean that it could not be in better hands. Oh – and the DVD will be region-free, so we can enjoy it everywhere in the world!

Here is the link again. Go and back!