So I was asked to read a manuscript, with an eye to a possible stage adaptation. It happened in that roundabout way that entails friends and friends of mutual friends… I’m sure you know how it is. And because of some initial insistence that I should meet the author first, or I could not really understand, I went in with a certain amount of wariness…

I mean, it’s not that I never meet the author before evaluating a manuscript, but when the author insists that I cannot possibly understand without some de visu explanation, that’s when I begin to have my doubts… after all, the final reader/theatre goer won’t have the benefit of a chat with the author, and what there is to understand should be there to be understood – either on paper or on the stage. 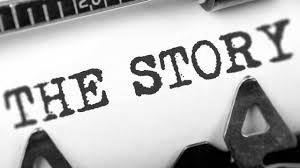 Ah well, never mind. I was wary – and in the end the wariness proved to be unnecessary. The story is really well written, very intense and very touching, with all the potential to make a good (if a tad short) play. So I wholeheartedly complimented the author, and we were discussing a couple of slightly tricky passages, and what it would require to be stage-ready, when the author’s friend – the one who has mutual friends with my friend’s friends – said how pleased she was that I had got the same sense of intensity she thought was in the story.

“As I read, it seemed to me that I was there, with him, experiencing the events… was it the same for you, then?”

And I opened my mouth to say yes… and realised that it wasn’t quite true. Because going back to my first reading, what I remembered was not “seeing” the events as the author described them – but rather their translation in stage terms.

Not all of it, and not in great detail – lighting mostly, a couple of blocking notions, music perhaps, a general colour… – but I was already staging it in my head. I mean, I read this string of harrowing hardships – which I knew to be true – written in a slightly raw but powerful manner, and to the intensity of the experience translated not into a glimpse of the reality behind the words, but into its stage version.

And true, I was specifically asked to look for that – but, now that I think about it, it seems to me that I do this even when there is no specific reason to do it: all too often, as I read, listen to, or even live things, a part of my brain is busy either staging or narrating them…

I didn’t say so at the moment, of course. It was not terribly easy to explain, and I had this sneaking suspicion that it would make me sound a little off-kilter. I said that yes, it had been a very vivid reading experience – and left it at that, while thinking all the time: oh dear, what does this make me…?

In retrospect, though, I suppose that it’s nothing terribly off-kilter… Or perhaps it is – but it’s how I work: theatre and narration have become the way I philtre reality, the way I read the world. What does it make me? A story-teller, I guess?