Come to think of it, there’s a good deal of fiction set in XVIIIth and Early XIXth Century England that deals with smuggling… Daphne Du Maurier‘s Jamaica Inn, Georgette Heyer‘s The Unknown Ajax and The Talisman Ring, Rosemary Sutcliff‘s Flame Coloured Taffeta, and Russell Thorndyke’s Doctor Syn novels come to mind – but there are many more stories of the Free Traders, or Gentlemen, as they were commonly called, sneaking into England such goods as French liquor, silk and lace under the noses of the excisemen… END_OF_DOCUMENT_TOKEN_TO_BE_REPLACED

Here we go again. Summer is back, and I am thinking about a Reading Week. As usual, I still don’t know whether I’ll manage it: work is rather intense, the revision is only a week away, and I have a short play to write… There is no question of going anywhere – but that’s all right if only I can get myself a week of blissful, uninterrupted reading. Why, at a pinch, even half a week would do very well.

When? No idea. We’ll see. Meanwhile, I’m hoarding books like there is no tomorrow. Let us see… END_OF_DOCUMENT_TOKEN_TO_BE_REPLACED 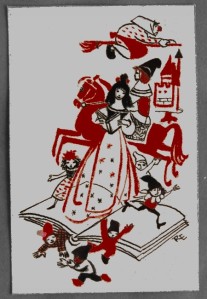 Well, I was reminded of this meme when my friend G. told me about a wonderful RPG she plays at college, involving randomly assigned literary characters. On being reminded, I sought and found the answer I wrote, once upon a time, on my Italian blog, and realised that, if I were to do it again, I’d choose different characters – at least most of them. After all, one wild night is one wild night, and a girl doesn’t have to want to hang out with the same crowd forever, right?

So, considering that my notion of a wild night, out or otherwise, includes (but is not limited to) endless and occasionally argumentative talk on a variety of subjects, impromptu theatre games, nonsense galore, and a certain quantity of eccentric mischief, here is my round of invitations: 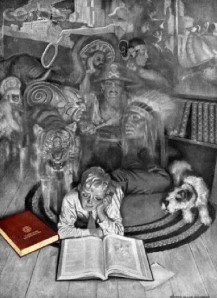 1) Beatrice, from Much Ado About Nothing. Unbeatable at wordplay without being too waspish. Merry, witty company – and she sings too.

2) Sarah Thane, from Georgette Heyer‘s The Talisman Ring. A woman with a taste for absurdity and the right turn of phrase – and a prodigious liar when the occasion requires it. I’m sure we’ll go along very, very well.

3) Kit Marlowe – Anthony Burgess‘ version – strikes me as the sort who can be relied upon for vertiginous conversation about almost anything. And all the theatre one could wish for. The trick will be to keep him from becoming nasty when in his cups.

4) Alan Breck Stewart. A man with a dancing madness in his eyes, who can improvise extempore ballads at the least provocation sounds far too perfect to leave out. He has enough of a temper to cause trouble, and of course Scotland, England and Scotland and England as conversation topics are out of the question, but I’ll be careful.

5) Ned Henry, Connie Willis‘ historian-cum-time-traveller. He can be a tad scatterbrained, especially when time-lagged, but adorably so – and he is one of the nicest imaginary persons I know. Plus, he is a time traveller, and really, nothing would make my wild night like some time travel .

And what about you? Which five characters would you invite out of books for a wild night?

* Yes, I was cheating. You could say I cheated again with Marlowe, but I mean Marlowe-as-a-character. Or else I just cheat at memes, so sue me.