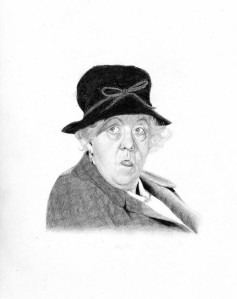 Ha, the mystery is solved.

I mean the mystery about the notes I thought I’d taken while watching my play performed, four years ago – and couldn’t find anymore. Or at least, not in the quantity I remember…

Did my storytelling mind make up all the note-taking because it was nice and writerly – the Playwright At Work?

And it went like this: yesterday morning I woke up with a hazy notion that perhaps I had made notes on a printed copy of the play… END_OF_DOCUMENT_TOKEN_TO_BE_REPLACED

So the time has come to rewrite – or at least significantly rework – Di Uomini e Poeti, that is, Of Men and Poets. It had a good run back in 2012, and it was published, but I’ve always wanted to do something more and better with it.

Now a reprise is in the air, for Mantova’s year as cultural capital of Italy: what better chance for a new version of the play? 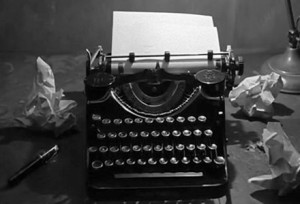 So I received something – something that, by and large, amounts to a specimen of the famous Good Rejection.

Not quite that – no publisher was involved – but close enough: it was a reader’s report from a high-level competition. My entry didn’t even make the long list, but the anonymous reader who sent me the report had quite a few flattering things to say about my premise, my writing, my grasp of period language, and my characters. Also, and more importantly, they had some very interesting, very punctual advice to offer about what didn’t work.

Now, all of this is going to be very, very helpful: the competition being open to unfinished work (provided it would be finished by the time the long-listed entries were called in), I submitted the beginning of my work-in-progress – the one whose word count you can see in the left column. And the fact that the word count has not changed in a few months doesn’t mean I’m not working on it. I finished the first draft at the end of May, then I let it rest for a month or so, and now I’m busy revising. I plan to begin the second draft in a couple of weeks – and this is where the advice from the reader’s report will come in handy.

The report is not long, either – perhaps some 300 words: a little, concise, punctual thing that packed encouragement, food for thought and sound, clear advice… Whoever you are, o anonymous Reader, thank you.

Also, having received it right now, as I make ready to rewrite, makes it all the more valuable because I’m at the right stage to make the best use of the advice it contains. Now the perfect timing has been a nice piece of serendipity, but it goes to show how useful a bit of feedback between drafts can be.

So, back to work – buoyed by the knowledge that there are things I have done right the first time around, and even what I didn’t has “bags of potential” – and with good advice to digest and take into account as I rewrite.