So, there is this other playwright. She and her husband hate my guts. I mean, he pretends not to see me when we happen to meet, she doesn’t return greetings – plus, they say unkind things about my plays.

This kind of things.

Being a civilized adult, I once stepped in to play two smallish roles in this lady’s play when the company that stages us both happened to be one woman short the day before first night. I did it for the company, not for the author, but still. And I have done lights for it, too. A number of times.

Now the company is going to do a rather public staged reading of another thing of hers – an adaptation of something or other. When told, I decided I’ve done more than enough for the cause of civility – and declined to have anything to do with it. Players and director said that yes – they understood and agreed, and see you in September.

Then last weekend I started receiving calls and emails about how rehearsal were going pear-shaped, and the leading lady was in a rare taking, and they didn’t seem to decide what to do with the lights, and everyone was asking what had become of me…

I was tempted to be flattered and gratified. I mean, to be missed this sorely…

Then doubt struck – and I called the head electrician, who is no member of the company, and gets hired when needed, and so has no compunctions. I called him, and asked just what was the matter. They weren’t missing anyone, were they? 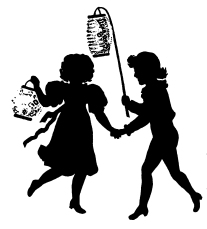 “And they want me to step in?”

“No – that is: they thought about it, then decided you’d kill someone. So now the director is doing it.”

“Ye-es, but… you wouldn’t come in and do the lights, would you? Because if you don’t, I doubt anyone will bother.”

Which is when I should have said “No!” and run like the wind. But of course, I didn’t.

Utterly splendid, isn’t it? Especially considering that the bloody thing is this Thursday, and I’m just back from a very half-hearted, very messy reading, and I never saw the place, and all I have is the text and a scrawled (and monkishly short) list of lights. That and a half hero’s welcome, because they treated me like the Cavalry galloping in to the rescue in Act III – which is unjustified, or at the very least uncomfortably premature, because I’m not at all sure I can do anything decent.

Oh dear. Just in case I was getting bored. And the author, you know – the author will have convulsions when she sees I am around, after all.